The film depicts astronauts Lovell, Jack Swigert and Fred Haise aboard Apollo 13 for America’s third Moon landing mission. En route, an on-board explosion deprives their spacecraft of most of its oxygen supply and electric power, forcing NASA’s flight controllers to abort the Moon landing, and turning the mission into a struggle to get the three men home safely.

Howard went to great lengths to create a technically accurate movie, employing NASA’s technical assistance in astronaut and flight controller training for his cast, and even obtaining permission to film scenes aboard a reduced gravity aircraft for realistic depiction of the “weightlessness” experienced by the astronauts in space.

On July 20, 1969, veteran astronaut Jim Lovell (Tom Hanks) hosts a party for other astronauts and their families, who watch on television as their colleague Neil Armstrong takes his first steps on the Moon during the Apollo 11 mission. Lovell, who orbited the Moon on Apollo 8, tells his wife Marilyn (Kathleen Quinlan) that he intends to return, to walk on its surface.

On October 30, while giving a VIP tour of NASA’s Vehicle Assembly Building, Lovell is informed by his boss Deke Slayton that he and his crew will fly the Apollo 13 mission instead of Apollo 14. Lovell, Ken Mattingly (Gary Sinise), and Fred Haise (Bill Paxton) begin training for their new mission. Days before launch, it is discovered that Mattingly was exposed to measles, and the flight surgeon demands his replacement with Mattingly’s backup, Jack Swigert (Kevin Bacon), as a safety precaution. Lovell resists breaking up his team, but relents after Slayton gives him the choice of either accepting the switch, or else being bumped to a later mission.

As the launch date approaches, Marilyn’s fears for her husband’s safety manifest in nightmares, but she goes to Cape Kennedy the night before launch, to see him off despite her misgivings.

On April 11, 1970, Apollo 13 Flight Director Gene Kranz (Ed Harris) gives the go-ahead from Houston’s Mission Control Center for launch. As the Saturn V rocket climbs into the sky, an engine on the second stage cuts off prematurely, but the craft successfully reaches Earth orbit. After the third stage fires, sending Apollo 13 on a trajectory to the Moon, Swigert docks theCommand/Service Module Odyssey with the Lunar Module Aquarius, and pulls it away from the spent stage.

Three days into the mission, the crew send a live television transmission from Odyssey, but the networks, believing the public now regards lunar missions as routine, decline to carry the broadcast live. Swigert is told to perform a standard housekeeping procedure of stirring the two liquid oxygen tanks in the Service Module. When he flips the switch, one tank explodes, emptying its contents into space and sending the craft tumbling. The other tank is soon found to be leaking, prompting Mission Control to abort the Moon landing, and forcing Lovell and Haise to hurriedly power up Aquarius as a “lifeboat” for the return home, while Swigert shuts down Odyssey before its battery power runs out. On Earth, Kranz rallies his team to do what is necessary to get the astronauts home safely, declaring “failure is not an option.” Controller John Aaron recruits Mattingly to help him figure out how to restart Odyssey for the final return to Earth.

As Swigert and Haise watch the Moon passing beneath them, Lovell laments his lost chance of walking on its surface, then turns their attention to the task of getting home. With Aquarius running on minimum systems to conserve power, the crew is soon subjected to freezing conditions. Swigert suspects Mission Control is unable to get them home and is withholding this from them. In a fit of rage, Haise blames Swigert’s inexperience for the accident; the ensuing argument is quickly squelched by Lovell. When the carbon dioxide exhaled by the astronauts reaches the Lunar Module’s filter capacity and approaches dangerous levels, an engineering team quickly invents a way to make the Command Module’s square filters work in the Lunar Module’s round receptacles. With the guidance systems on Aquarius shut down, and despite Haise’s fever and miserable living conditions, the crew succeeds in making a difficult but vital course correction by manually igniting the Lunar Module’s engine.

Mattingly and Aaron struggle to find a way to power up the Command Module with its limited available power, but finally succeed and transmit the procedures to Swigert, who successfully restarts Odyssey by transmitting extra power from Aquarius. When the Service Module is jettisoned, the crew finally see the extent of the damage and prepare for re-entry, unsure whetherOdyssey’s heat shield is intact. If it is not, they will burn up. They release Aquarius and re-enter the Earth’s atmosphere in Odyssey. After a tense, longer than normal period of radio silence due to ionization blackout, the astronauts report all is well and splash down in the Pacific Ocean. The three men are brought aboard the aircraft carrier USS Iwo Jima.

As the astronauts are given a hero’s welcome on deck, Lovell’s narration describes the events that follow their return from space—including the investigation into the explosion, and the subsequent careers and lives of Haise, Swigert, Mattingly and Kranz—and ends wondering when mankind will return to the Moon. 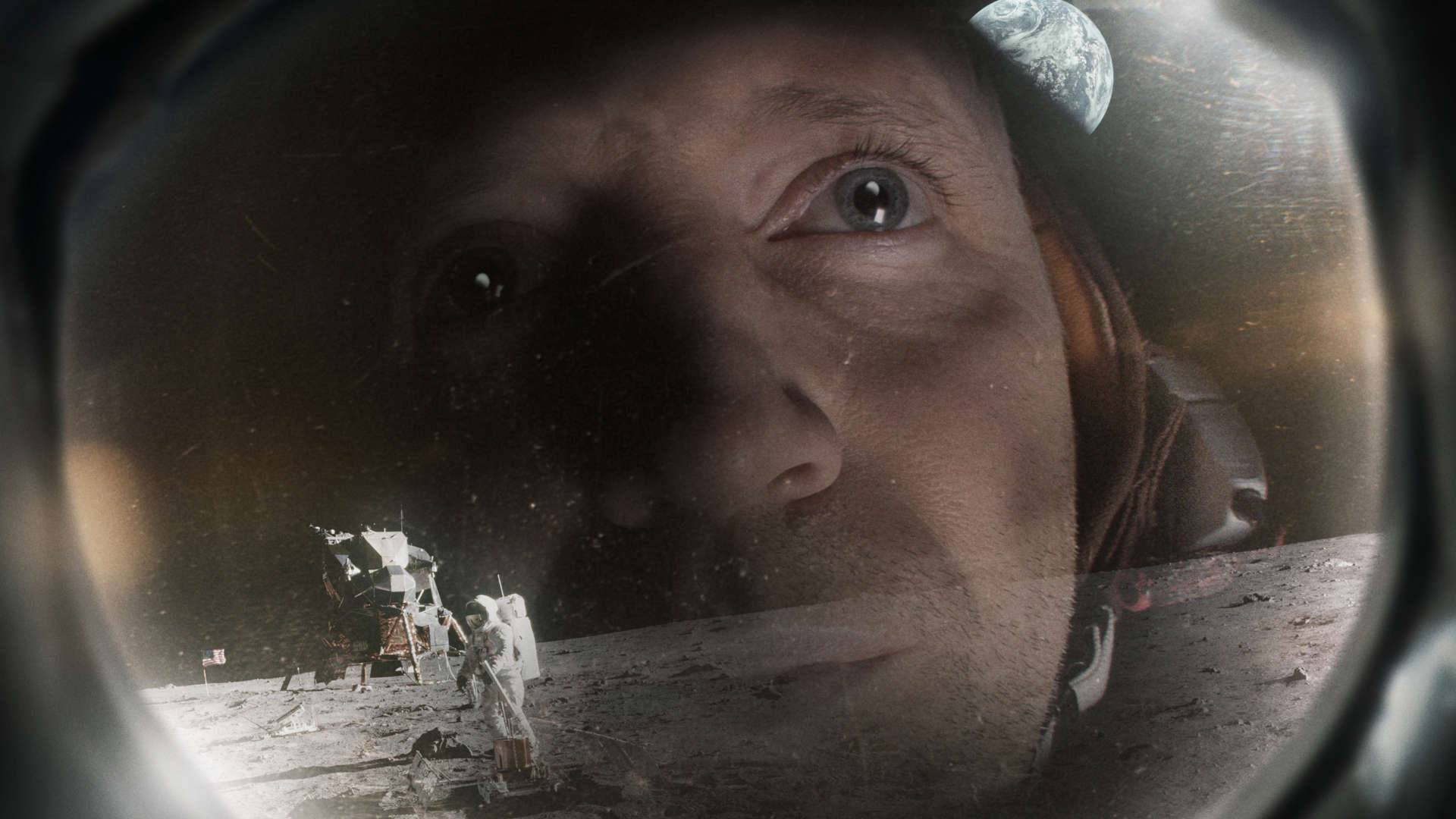 8 Days: To the Moon and Back