Gorillas in the Democratic Republic of the Congo are endangered. Gorilla habitats are being destroyed in the pursuit for natural resources. Silverback mountain gorillas are fighting for survival. How many gorillas are left in the wild? Rangers in Virunga National Park in the Democratic Republic of the Congo are at war. They’re coming up against militias that are illegally stripping the land of natural resources. The conflict has cost the lives of more than 180 rangers, whose job it is to protect rare and endangered silverback gorillas. Virunga is the oldest national park in Africa. Located in the northeastern Democratic Republic of Congo, the treasure of natural beauty is globally known primarily because it is home to endangered silverback gorillas. UNESCO in 1994 included the site in its “Red List” of “world heritage in danger.” The silverbacks are among the most threatened species of mammals in the world. The International Union for Conservation of Nature describes the primates as “severely endangered” in their red list, meaning they are on the verge of extinction. Emmanuel de Merode has been the park’s director since 2008. He and park rangers have the difficult challenge of protecting Virunga. A team of six-hundred men must patrol an eight thousand square kilometer area. The United Nations estimates they are facing around eight thousand heavily-armed militia. The rebel forces are ruthless. They’ve killed hundreds of rangers as they pursue their goal, stripping the park of its resources. Poverty drives the people who live around Virunga to exploit the park’s trees for fuel. They also kill and eat its animals and burn charcoal there, only to set up fields on the cleared land. Emmanuel de Merode says that’s why fighting poverty is a key step towards saving the park. Working with sponsors, he’s founded a number of initiatives to simulate the economy while supporting conservation. 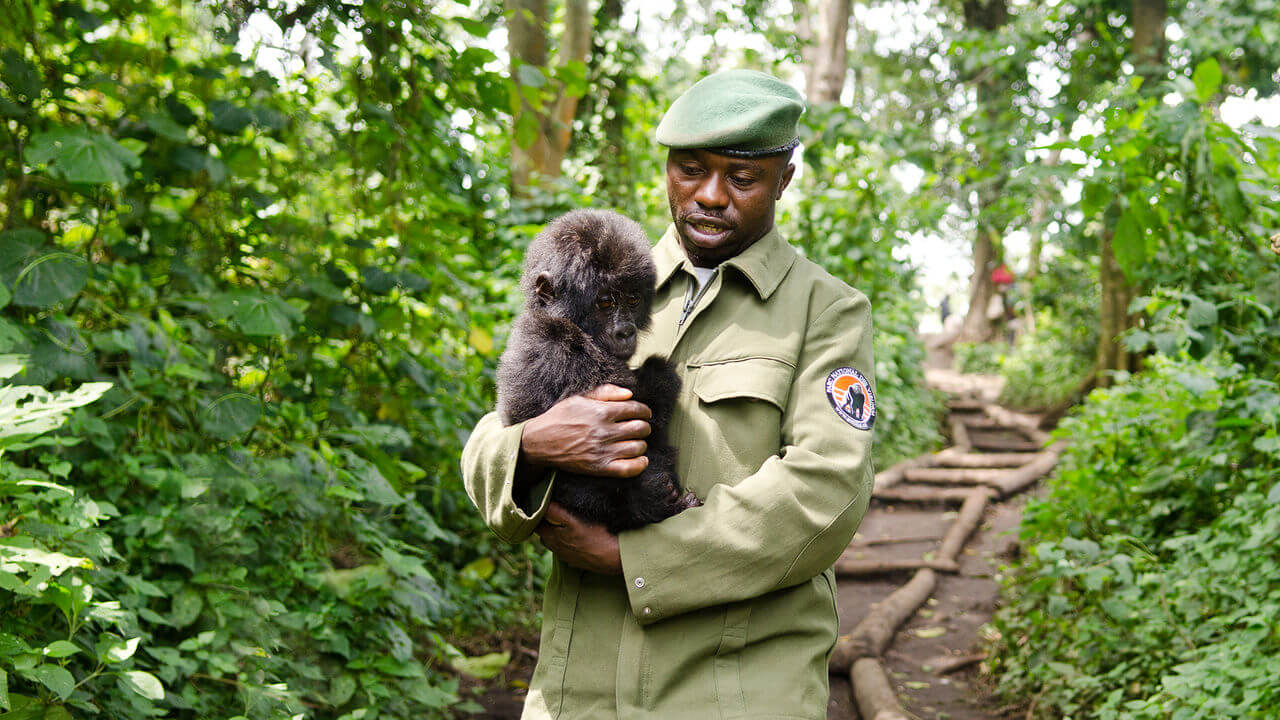