The Corporation is a 2003 Canadian documentary film written by University of British Columbia law professor Joel Bakan, and directed by Mark Achbar and Jennifer Abbott. The documentary examines the modern-day corporation, considering its legal status as a class of person and evaluating its behaviour towards society and the world at large as a psychiatrist might evaluate an ordinary person. This is explored through specific examples. Bakan wrote the book, The Corporation: The Pathological Pursuit of Profit and Power, during the filming of the documentary.

The documentary shows the development of the contemporary business corporation, from a legal entity that originated as a government-chartered institution meant to affect specific public functions, to the rise of the modern commercial institution entitled to most of the legal rights of a person. The documentary concentrates mostly upon North American corporations, especially those of the United States. One theme is its assessment as a “personality”, as a result of an 1886 case in the United States Supreme Court in which a statement by Chief Justice Morrison R. Waite[nb 1] led to corporations as “persons” having the same rights as human beings, based on the Fourteenth Amendment to the United States Constitution.

Topics addressed include the Business Plot, where in 1933, General Smedley Butler exposed an alleged corporate plot against then U.S. President Franklin Roosevelt; the tragedy of the commons;Dwight D. Eisenhower’s warning people to beware of the rising military-industrial complex; economicexternalities; suppression of an investigative news story about Bovine Growth Hormone on a Fox News Channel affiliate television station; the invention of the soft drink Fanta by the Coca-Cola Company due to the trade embargo on Nazi Germany; the alleged role of IBM in the Nazi holocaust(see IBM and the Holocaust); the Cochabamba protests of 2000 brought on by the privatization ofBolivia’s municipal water supply by the Bechtel Corporation; and in general themes of corporate social responsibility, the notion of limited liability, the corporation as a psychopath, and thecorporation as a person.

Through vignettes and interviews, The Corporation examines and criticizes corporate business practices. The film’s assessment is effected via the diagnostic criteria in the DSM-IV; Robert D. Hare, a University of British Columbia psychology professor and a consultant to the FBI, compares the profile of the contemporary profitable business corporation to that of a clinically-diagnosedpsychopath (however, Hare has objected to the manner in which his views are portrayed in the film; see “critical reception” below). The Corporation attempts to compare the way corporations are systematically compelled to behave with what it claims are the DSM-IV’s symptoms of psychopathy, e.g. callous disregard for the feelings of other people, the incapacity to maintain human relationships, reckless disregard for the safety of others, deceitfulness (continual lying to deceive for profit), the incapacity to experience guilt, and the failure to conform to social norms and respect the law. However, the DSM has never included a psychopathy diagnosis, rather proposingantisocial personality disorder (ASPD) with the DSM-IV. ASPD and psychopathy, while sharing some diagnostic criteria, are not synonymous. 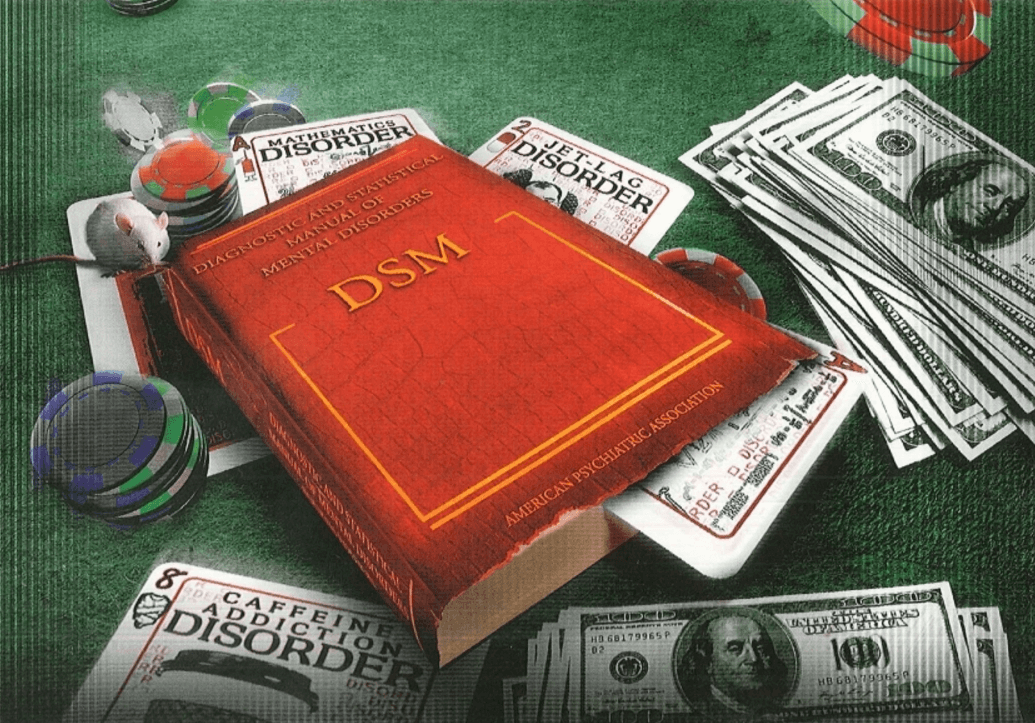