Almost everything we know today about the beautiful giant ringed planet comes from Cassini, the NASA mission that launched in 1997 and arrived at Saturn in 2004. Since then, the space probe has been beaming home miraculous images and scientific data, revealing countless wonders about the planet, its rings and 62 moons – including some that could harbor life. As the mission approaches its final days in 2017, it attempts one last set of daring maneuvers – diving between the innermost ring and the top of Saturn’s atmosphere. Aiming to skim less than 2000 miles above the cloud tops, no spacecraft has ever gone so close to Saturn, and hopes are high for incredible observations that could solve major mysteries about the planet’s core. But such a daring maneuver comes with many risks and is no slam dunk. In fact, slamming into rocks in the rings is a real possibility. Join NASA engineers for the tense and triumphant moments as they find out if their bold re-programming has worked, and discover the wonders that Cassini has revealed over the years. 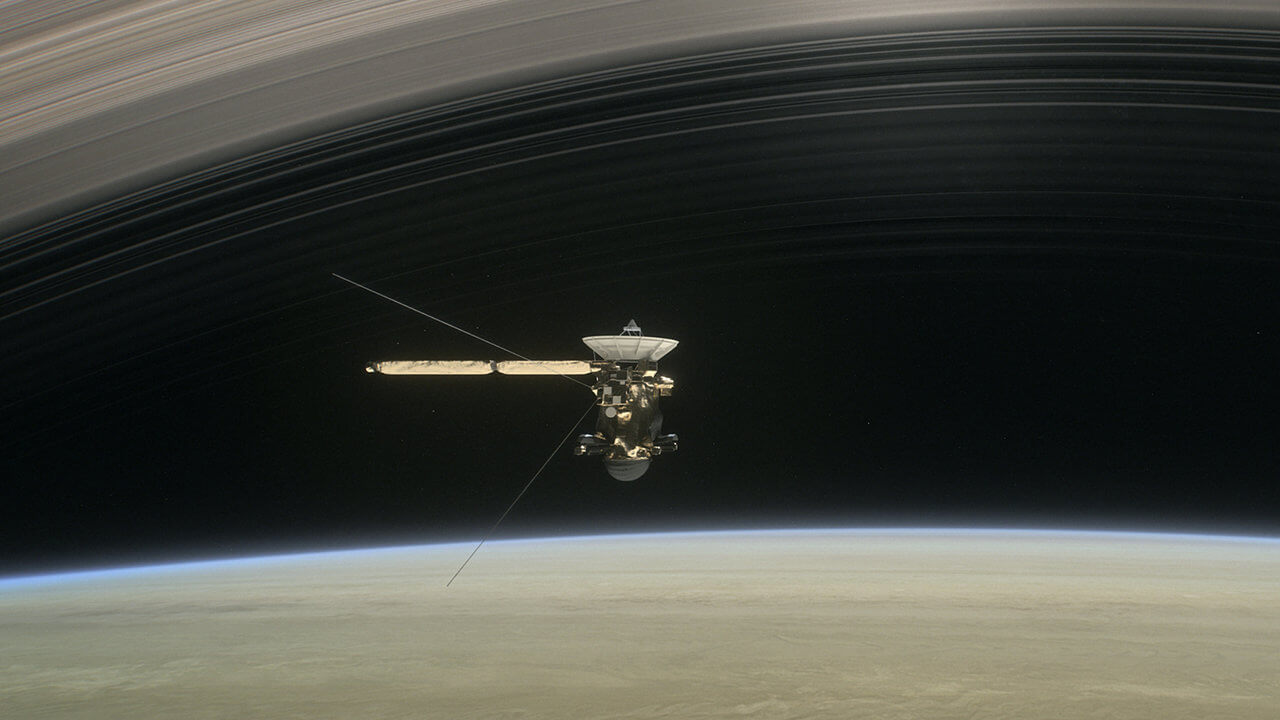