Stacey Dooley returns with another hard-hitting series lifting the lid on the global war on drugs. Heading to remote and hostile regions, she investigates who’s really winning this cat-and-mouse battle between the drug cartels and the police. Along the way she reveals the impact that the west’s insatiable desire for more potent drugs is having on the people caught in the crossfire.

01. Meth and Madness in Mexico

To begin, Stacey is on the trail of the world's most addictive and dangerous drug. Her journey takes her to Mexico, now the world's largest producer of meth, where she discovers that the battle between the cartels, the police and vigilante groups is threatening to overwhelm the very fabric of the state. She joins the army as they track down and destroy the meth super-labs that are now appearing across the country. But she learns that as soon as one lab is dismantled, others replace it. She tracks down hit men and traffickers who work for the cartels and hears shocking stories of violence from the families of their victims. It becomes clear that the power of the cartels now reaches into every corner of Mexican life and the authorities are increasingly powerless to stop it. Stacey discovers that in some places local people have become so desperate that they are taking the law into their own hands and setting up their own vigilante groups to try and fight off the cartels. With heavily-armed police, cartels and now vigilantes all squaring up against each other, Stacey reveals a country in danger of descending into chaos and disorder.

Stacey follows the trail of the world's best-selling party drug, Ecstasy (aka MDMA), from the forests of Asia to inner-city drug dens in America. Her journey starts in Cambodia, the source of Ecstasy's active ingredient, safrole oil. Here she joins jungle rangers as they patrol the forests to try to stop criminal gangs of loggers chopping down the trees that produce this rare but valuable oil. From Cambodia, Stacey follows the Ecstasy trail to Vancouver in Canada, which is fast becoming one of the biggest centres of production of synthetic drugs on the planet. She joins the police who face a constant battle trying to locate and shut down the clandestine labs turning safrole oil into Ecstasy pills. Disturbingly, Stacey discovers that as the police get better at intercepting the shipments of oil, the cooks are turning to other chemicals to make Ecstasy, sometimes with devastating effects. Stacey meets the family of one Canadian girl who took a pill she thought was Ecstasy, but which contained a far more powerful chemical - with lethal consequences. Across the world there's an increasing number of Ecstasy-related deaths, linked to unknown and dangerous chemicals being used in its production. In Atlanta in the US, Stacey tracks down drug dealers selling Ecstasy from their 'trap house'. Here it's outstripping meth and crack as the most popular drug they sell, leading Stacey to conclude that what started as a party drug is now well on its way to becoming a street drug, sold by dangerous, warring gangs across the US.

Stacey travels deep into southern Africa to investigate the new and incredibly powerful strains of cannabis that are being produced and then smuggled into Britain.

Travelling into the tiny state of Swaziland, Stacey meets the farmers growing stronger strains of skunk and confronts the smugglers who are getting rich shipping the drugs across the border into South Africa.

Shadowing the police at Johannesburg Airport, Stacey discovers how easy it is to smuggle the drugs out of the country and into Europe - she's on the spot as customs officials uncover packets full of cannabis on their way to an address in east London.

In South Africa's townships, Stacey uncovers a darker side to cannabis. Here it is being mixed with heroin and other chemicals to create nyope, a potent new cannabis cocktail that is highly addictive and is now ravaging South Africa's poorer communities. 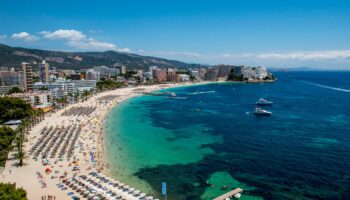 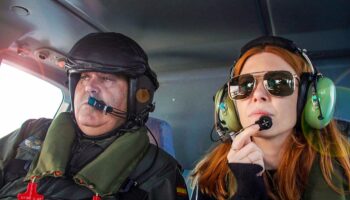