Professor Brian Cox fulfils a childhood dream by going behind the scenes at Nasa’s Jet Propulsion Laboratory (JPL), mission control for Mars 2020 – one of the most ambitious missions ever launched that may finally reveal if life ever existed on the red planet.

In 1980, a young Brian Cox wrote to JPL asking for photos from some of their missions to the planets. The pictures they sent him from Voyager and the Viking mission to Mars were a source of inspiration that set him on the path to becoming a physicist.

Now, over 40 years later, he has been granted privileged access to JPL, including key mission areas that are usually off-limits to film crews. Brian spends a week following the team who guide the Perseverance rover and the Ingenuity helicopter – the first powered aircraft ever sent to another planet – across the surface of Mars during a critical stage of the mission.

Perseverance’s goal is to search for signs of long extinct life on the surface of Mars in an area called Jezero Crater, which, 3.8 billion years ago, was filled by a vast lake. If it finds evidence of that life, it could change everything we know about life in the universe – and even transform our understanding of our own origins. 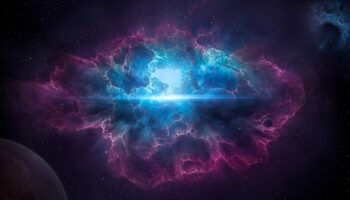