Alien Planet is a 94-minute docufiction, originally airing on the Discovery Channel, about two internationally built robot probes searching for alien life on the fictional planet Darwin IV. It was based on the book Expedition, by sci-fi/fantasy artist and writer Wayne Douglas Barlowe, who was also executive producer on the special. It premiered on May 14, 2005.

The show uses computer-generated imagery, which is interspersed with interviews from such notables as Stephen Hawking, George Lucas, Michio Kaku and Jack Horner. The show was filmed in Iceland and Mono Lake in California.

Alien Planet starts out with an interstellar spacecraft named Von Braun, leaving Earth’s orbit. Traveling at 20% the speed of light (37,000 miles/s), it reaches Darwin IV in 42 years. Upon reaching orbit, it deploys the Darwin Reconnaissance Orbiter, which looks for potential landing sites for the probes. The first probe, Balboa, explodes along with its lifting body transport during entry, because one of its wings failed to unfold. Two backup probes, Leonardo da Vinci (nicknamed Leo) and Isaac Newton (nicknamed Ike), successfully land on the planet, and learn much about its bizarre indigenous lifeforms, including an apparently sapient species.

The robotic probes sent out to research on Darwin IV are called Horus Probes. Each Horus probe consists of an 8-foot (2.4 m) high, 40-foot (12 m) long inflatable, hydrogen-filled balloon, which is covered with solar receptors, a computer ‘brain’, a ‘head’ covered with sensors, and several smaller robots that can be sent to places too dangerous for the probes themselves. The probes have a limited degree of artificial intelligence, very similar to the ‘processing power’ of a 4-year-old. All the real thinking is done by a supercomputer in the orbiting Von Braun. The probes are programmed with different personalities; Ike is more cautious, while Leo is the risk-taker. The two probes are also equipped with a holographic message that will be projected to any sentient life found on Darwin.

After the two probes inflate their gas-bags, they encounter a voracious Arrowtongue and watch it pursue a Gyrosprinter. Later that night, the twins find the wreckage of Balboa and are forced to split up, Ike studying the unique plant life and Leo going after big game. Ike’s voyage takes him to one of Darwin IV’s pocket forests, where he encounters a flock of Trunk Suckers and their predator, the Daggerwrist. Before his research is finished, a massive hurricane-like storm hits and Ike must take to the sky, launching weather balloons. Leo goes to the mountain ranges and finds a herd of Unths engaged in rutting-like behavior.

Afterward, Leo finds a pair of Bladderhorns engaging in combat. He tries to communicate with one, but a sonic ping interrupts the conversation and scares off the animal, and he is knocked out by a mysterious creature. Ike ventures to the meadows and gullies of Darwin IV, encountering a massive herd of Grovebacks and Littoralopes. It is here that he also encounters a pair of Pterosaur-like Skewers.

Leo gets destroyed by a mysterious and evasive creature, and Ike, ordered by the Von Braun to search for Leo’s attacker, hopes to find a new sentient species. Ike’s route takes him across perilous terrain, and across the Amoebic Sea in his quest for Leo. As he embarks on his journey, one of the Grovebacks seen earlier falls victim to a swarm of Beach Quills. Ike then finds a pack of Prongheads hunting a Gyrosprinter, and crosses the Amoebic Sea (which attempted to attack Ike), encountering a herd of giant Sea Striders.

Ike manages to find Leo after a harrowing experience with a Skewer which tries to attack him, but before it could it was killed by a spear that was thrown by the newly discovered Eosapien. Shortly afterward, Ike communicates with the Eosapien tribe and discovers that they are truly intelligent. Ike launches a camera disk to record the moment, or perhaps “to assess the threat” due to a third Eosapien appearing; however one of the Eosapiens mistakes it as an attack and destroy the camera disk. Before shutting down, the wrecked camera disk records the Eosapien tribe carrying Ike away.

Commentary from notable people discussing the details behind the fictional world of Darwin IV and the likelihood of extraterrestrial life in general is interspersed throughout the movie.

Journey to an Alien Moon 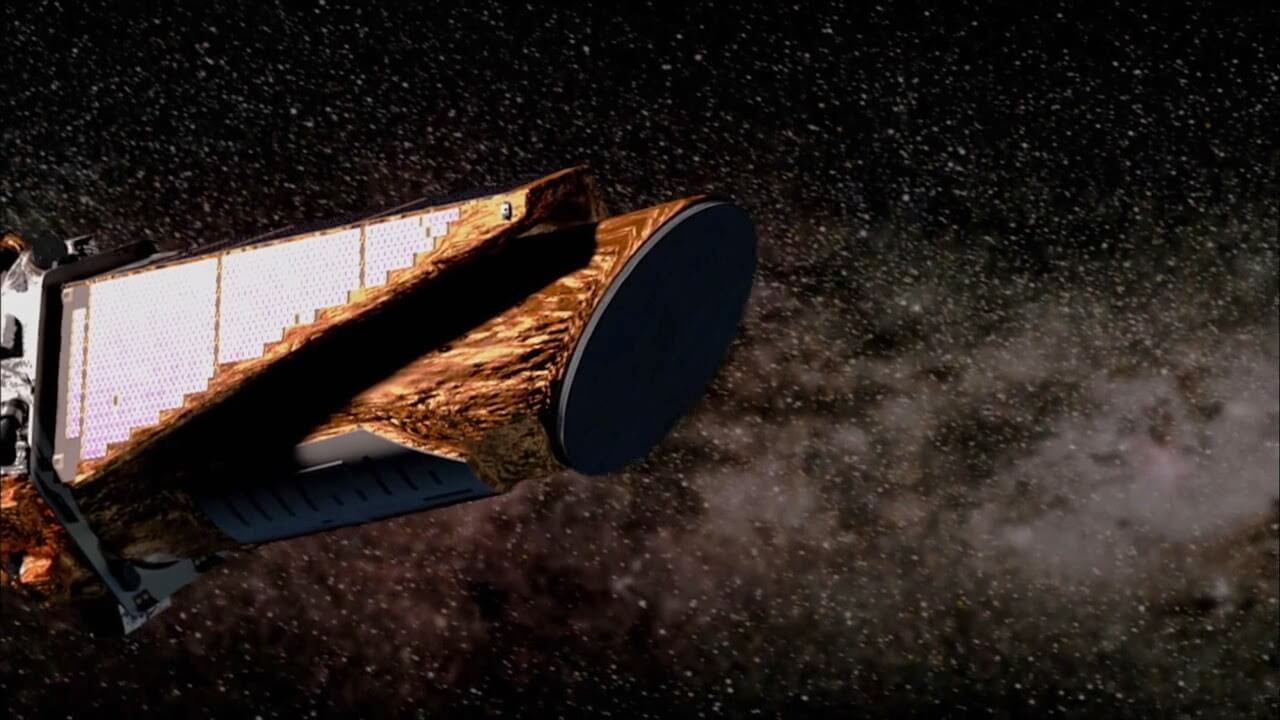