The film is set in Paleolithic Europe, 80,000 years ago, its plot surrounding the struggle for control of fire by early humans.

As an adaptation of a 1911 novel, the film’s fidelity to the novel must be judged separately from its compatibility with the tenets of paleoanthropology at the time of its production. The story of the novel takes place 80,000 years ago, during the last glacial period. The movie adheres to this date, but in the commentary accompanying the DVD release, the director Annaud stated that a much earlier date would actually have been more reasonable if he had made the film recently with modern knowledge of the subject matter.

The film, in keeping with the novel, presents three species of Homo: Homo erectus (Wagabu), Homo neanderthalensis (Ulam, Kzamm) and Homo sapiens (Ivaka). The Neanderthals are portrayed as the stereotypical cavemen, in an intermediate stage of development compared to the ape-like H. erectus on one hand, and the culturally more advanced H. sapiens on the other. According to current knowledge, Neanderthal interaction with early modern humans has taken place only significantly later than 80,000 years ago, from about 40,000 to 20,000 years ago. The H. sapiens tribe (Ivaka) is depicted as using body ornamentation (jewellery, body paint, masks, headgear), fully developed language and simple technology such as gourds as vessels and the atlatl, features that in combination amount to full behavioral modernity characteristic of the Upper Paleolithic.

The Neanderthals are depicted as Caucasian, the Kzamm even as red-haired, in a peculiar anticipation of the result of genetic studies conducted in the 2000s[2] which concluded that some Neanderthals did indeed have red hair.[3] The H. sapiens woman Ika is depicted as wearing full body paint, and is cast with a multiracial actress, leaving her racially indistinct. This is again in keeping with studies post-dating the film which established that light skin in European descendants of Cro-Magnon developed only towards the end of the Middle Paleolithic, or during the Upper Paleolithic.[4] Like the elements of human culture, human-Neanderthal interbreeding is likely to have happened later than the film is set. Scientists debate the extent to which H. sapiens and H. neanderthalensis ever interbred, based on continuing research, but some evidence discovered since the film’s release suggests that such interbreeding did occur in Europe.[5][6][7][8] The language spoken by the Neanderthals was created by Anthony Burgess.

The more advanced language of the Ivaka, according to Annaud’s commentary on the DVD, was largely that of the Cree/Inuit native people of northern Canada, which apparently has caused some amusement among those in this group who have seen this film, since the words have little to do with the plot[citation needed]. The gestural and body language was overseen by Desmond Morris, author of The Naked Ape. 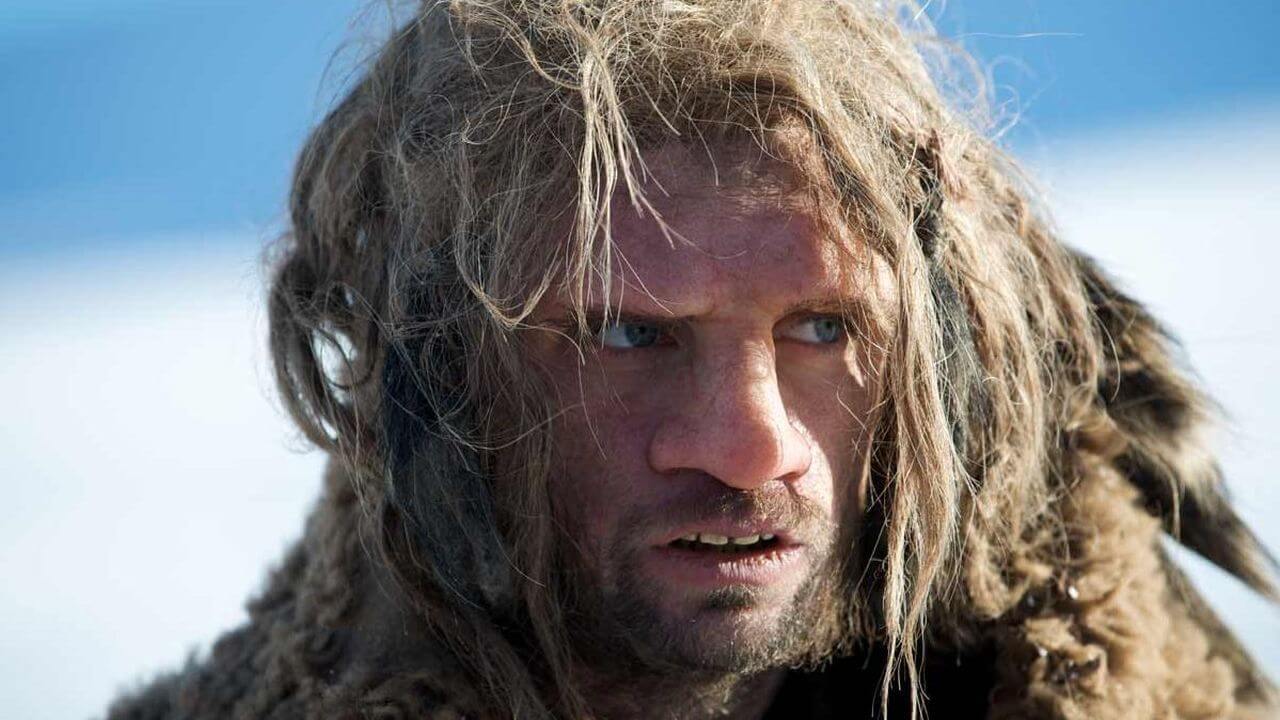